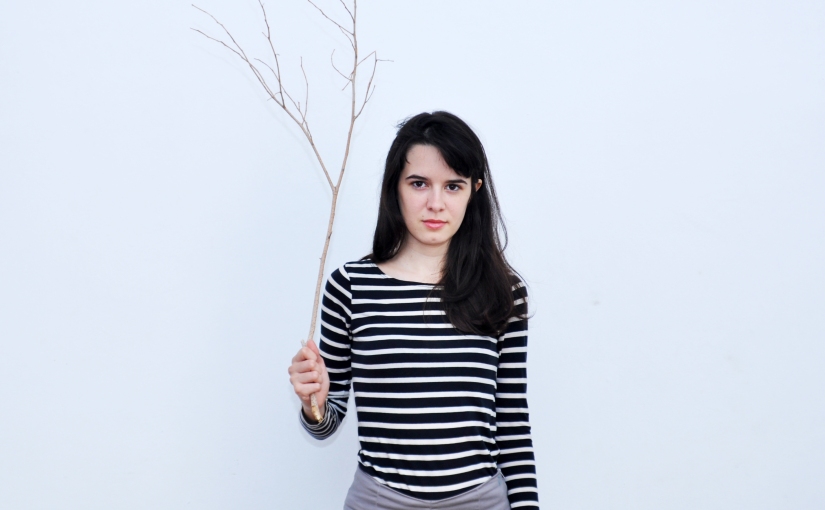 Alma Laprida was born in 1985 in San Miguel, Buenos Aires, Argentina. After living and working in Buenos Aires for ten years, she now lives in Maryland, USA. She studied piano at Julián Aguirre School of Music, Arts Management at the Universidad Nacional de Tres de Febrero and Electronic Arts at the same University.

Alma composes and plays pieces for trumpet marine, synthesizers, lyre and other non conventional instruments and objects such as megaphones, nylon bags, home appliances and toys. She works with sound using an intimate, contemporary language and explores the territories among composition, improvisation, performance and installation.

She created the series of concerts Ciclo Hertz and a project for collaborations between visual and sound artists named Estrépito y contemplación. She also worked as a freelance curator for ConDiTLAB and Colectivo Micro. She was Curator-In-Chief at the Centro de Arte Sonoro, which depended on the Ministry of Culture (Argentina).

She also worked as an Assistant Professor at the Universidad Nacional de Tres de Febrero (Argentina).